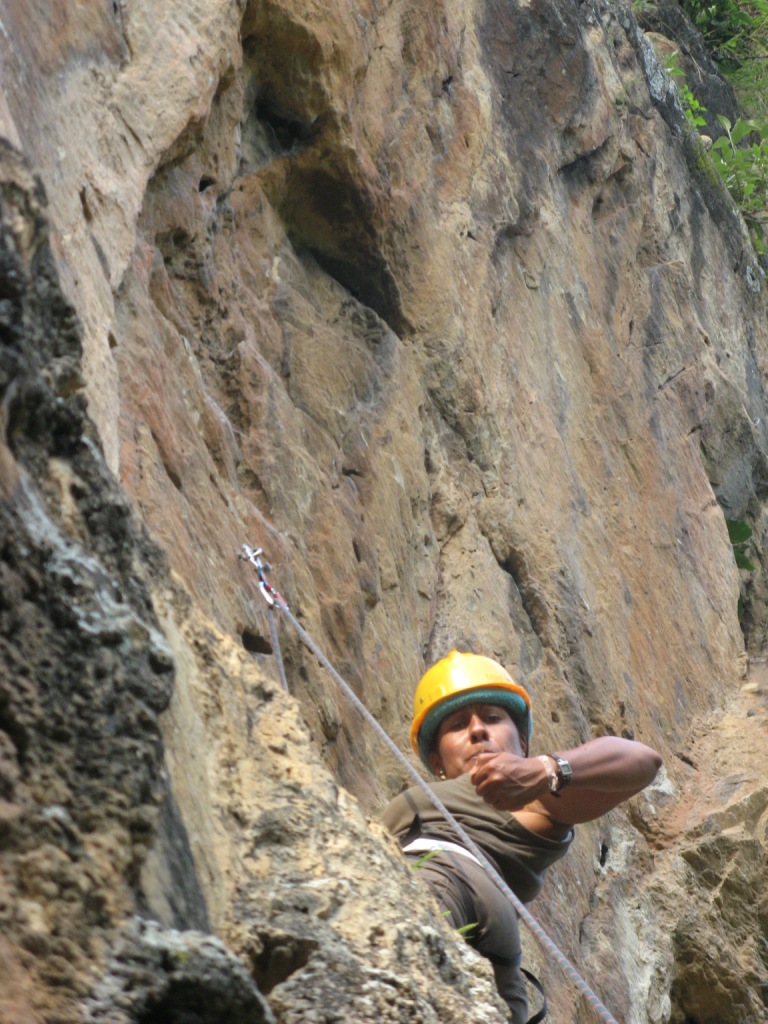 This has definitely been the week of extreme sports for me! I was so pleased to finally have my India visa and be able to book tickets to Pune, sort out trekking and generally get out of the limbo that I’d been in whilst waiting. Angela and Mat had decided to go rock climbing so, having a spare day before heading down to Pokara, and still feeling some of the invincibility from my bungee jump, I joined them. Unfortunately the day fell foul of the indeterminable Nepalese bureaucracy. The park we headed up to was closed when we arrived and apparently we had to wait for an official to arrive to check our guide’s paperwork. After 90 minutes of chatting to the army guards it became apparent that the person was not going to arrive that day so we headed off to another spot an hour away across the valley. Sadly this rock face was not handily by any kind of road, so after the taxi driver coaxed and swore his vehicle up the hill through the forest (we had to hop out for the steep bits), we had a very steep hour walk down the mountain side to reach the destination. This wasn’t helped by the fact Angela and I were in flip flops, our guide ran ahead leaving us with his side kick who also ran off at the end (to check out the path), leaving us stuck for 20 minutes, and also the fact that the place was swarming with blood sucking leeches! So eventually at about 4pm, six hours after leaving Thamel, we finally arrived. 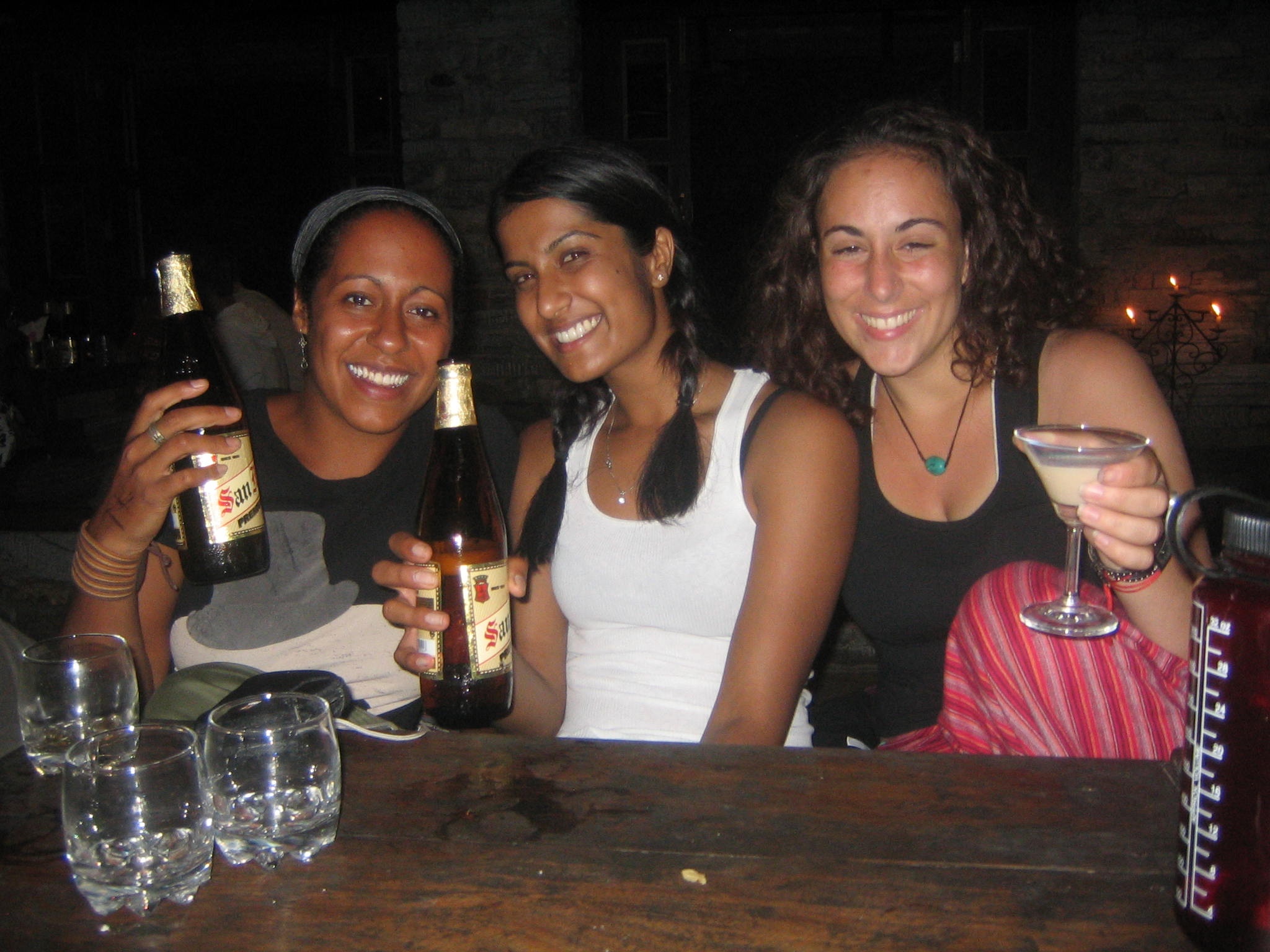 We just set up two different short climbs as neither Angela nor myself had been climbing outside before. It was good though and fragments of memory came back from my days climbing walls in London. I was a little wary of sticking my hands into all the nooks and crannies on the wall, especially after a very large lizard slid out of one just after we first arrived! Back in Thamel I went to visit Kirsty, a fellow Alpha dosser from my Raleigh trekking in Chile. Despite the fact she lives in Edinburgh, the first time we meet up in nearly six years, is on the other side of the world in Kathmandu. She is about to start work in a mountain clinic on the Annapurna Circuit for twelve weeks. So I had dinner with her, her boyfriend Liam, a Nepalese guy, Rabi and a friend of hers, John, who buys Tibetan singing bowls and Thanka art to sell on eBay. Then I went to meet Angela and Mat and we ended up in the only place in Thamel open after midnight, drinking shots called Acid Rain and managed to run into one of our rafting guides and my Australian friend Kirstin from Pokara. So by the end of the night I felt rather tipsy and that everyone in Kathmandu was now my best friend, including the barman who even played the Rolling Stones for us! I had of course, forgotten that my bus was leaving at 6.30am. I had two hours sleep before a very sweaty bus ride 8 hours down to Pokara! So now it’s just us girls, Andrea, Angela and myself here. Mat was supposed to be in Delhi today but on our night out drinking, managed to stub his foot and after we left he went to the hospital and it turns out it’s broken! So he is still in Nepal until he can get a cast done! Meanwhile, due to Andrea’s excellent Tibetan (she’s been working there for a few months for Amnesty International), the three of us were drinking tea with monks in the Tibetan settlement outside Pokara! And tomorrow I leave for Annapurna Base Camp so shall be out of touch with the online world for 12 days, possibly my longest time off line in a good five years! Oh, and mainly for Angela’s benefit I have written a translation page from English English to American English so she can decifer my apparent humorous use of expressions and words that just don’t exist in America. And don’t get me started on the pronunciation thing. It turned out whilst playing drinking games that the yanks refused to accept that yawn and corn rhymed. Well they do if you pronounce them properly people!

This entry was posted in Nepal, sport. Bookmark the permalink.