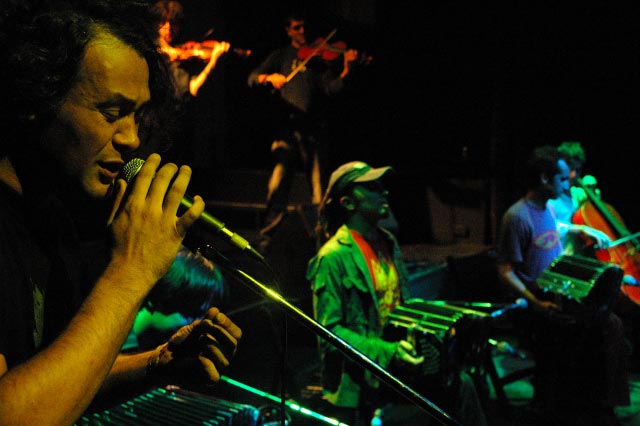 Â Last night we went to check these guys out in a club called Niceto Vega. They’re a tango orchestra but totally different to the traditional one we saw last weekend. These guys were all in their twenties and thirites with dreads, beards, wearing football shirts and trackie bums, sunglasses and smoking the odd cigarette inbetween songs on stage, never-the-less they were absolutely brilliant. It’s tangoÂ music but turned on its head, very dramatic with heavy strings and crazy solosÂ with four accordianists, three violinsits, a viola, cello, double bass, piano and Fernandez FierroÂ himself singing. We had our own tables for theÂ ten of us that went, withÂ a waiter to bring beer and wine and tapas, this is definitely the life! I got back to the house around 1.30am which I am now starting to think of as any early night!

Have spent the afternoon watching an Argentian film at school called Oso Rojo (the Red Bear) which was pretty good actually even with a rather randonly violent section just near the end. It did have english subtitles, my spanish is definitely not yet that good!

This entry was posted in Buenos Aires. Bookmark the permalink.