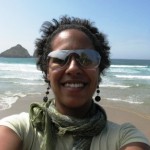 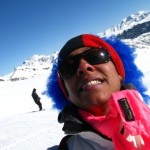 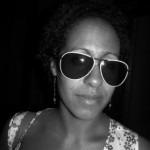 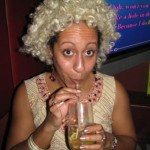 How to sum myself up in  a few pithy sentences. My name is Claire Victoria Linney born on the 28th August, an eighties baby, half English and half Nigerian by genetics but definitely predominantly middle class Surrey by behaviour for my sins. Despite few interests in travelling into the great wider world as a young child I was somehow lured by the bright lights of long distance travel at university and after a few initial exploratory trips developed rather a taste for exciting far flung holidays resulting to date in two sabbaticals and counting. The latter of which spawned a rather lengthy and I feel entertaining blog which can be found at Long Distance Clara. Whilst not arguing with taxi drivers, exploring underwater reefs, sipping coffees whilst people watching and hiking up the odd mountain abroad I can be found indulging in any number of my random hobbies; gospel choir, pole dancing, rock climbing, reading, photography, tennis, playing my guitar, farting around on the internet, going to the theatre, cinema, singing very loudly in the shower and occasionally even marketing which is how I fund my trips of fun! 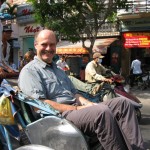 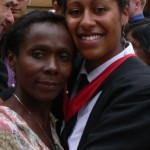 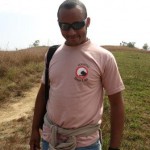 This is my wonderful Dad, Derek, who is a Solutions Director for a company called Crimsonwing and the reason that I have turned out with quite such geekish tendencies. An avid bridge fanatic, photographer, general knowledge whiz (don’t even try and beat him at scrabble or trivial pursuit) and lover of all gadgetry.

And this is my lovely Mum, Yeside, English teacher of countless generations of Surrey and Hampshire kids (which is a little like living with a local celebrity). She maybe short, but the best things come in small packages. Recently quoted as saying she hasn’t decided what to do when she grows up yet, Mum is currently being a fiend on the tennis courts, playing the saxophone, learning spanish and has even taken up ice skating!

My sporty brother James, who is definitely the younger although he likes to call me his “little sis!” Having begun a successful buying career at Tescos, James decided the office life wasn’t for him, quit, and spent a year enjoying life as a tennis coach in Greece, Egypt and even managed to wangle six weeks working on Richard Branson’s Necker Island and even coached Rich himself. nts of everyone he coaches. Currently having a third career reincarnation as a pharmaceutical sales rep and plotting to take over the world I suspect. A bit of a poser but a brilliant brother and a great friend (even if he does always beats me at cribbage!) 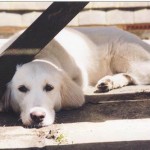 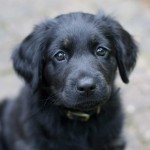 This is Sophie, our lovely if slightly crazed white Golden Retriever. Not that she ever retrieves anything of course – throw a ball for Sophie and she’ll look at you as if you’ve lost your mind before trotting off to do something else. She’s unbelievably cute and boy does she know it but nobody else welcomes you back home quite like Sophie! She has been somewhat put out in recent months with the arrival of Lenka, a large, gorgeous and highly destructive Hoverwart with a surprising disinterest in food but love of chewing, eating or merely tearing apart everything else. This picture is from Lenka’s young and adorable days – she’s still adorable but far too large to pick up and boss about!