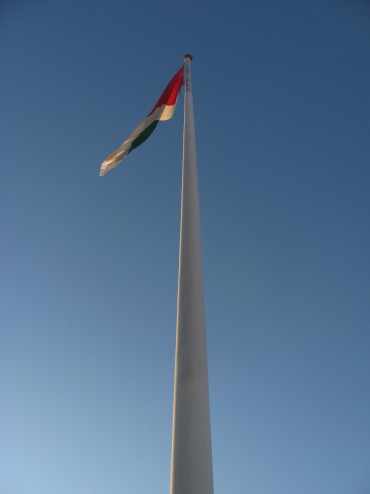 Our final stop before heading north was Aqaba. We woke up before sunrise in the cold desert air of Wadi Rum and that afternoon we were sunning ourselves on the back of a boat on the red sea heading out to a dive site. Tropical fish, coral reef, a birthday night out and a red bull car rally later we were returning to Amman and a final farewell to Jordan.

Our guide took us out for our last night for cocktails and shisha, Jordan style, which also involved an impromptu band playing traditional music, and a spot of Pink Floyd, at our table! 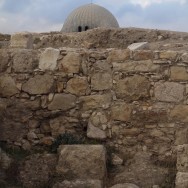 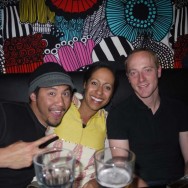 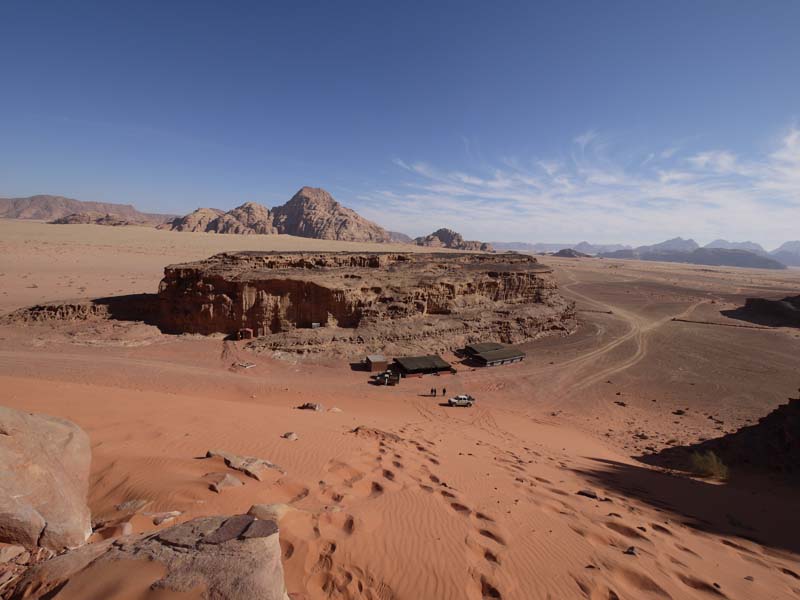 After the ancient city of Petra we exchanged the man made wonders for natural architecture. Wadi Rum is a valley desert of sandstone and granite in the south of Jordan. Towering twisted shapes of rocks and distant misty blue shadows. We sat (or rather bounced around) in the back of three jeeps, travelling over the sand dunes and slopes, watching the changing colour of the evening sky and streaks of wispy cloud dragging towards the horizon. 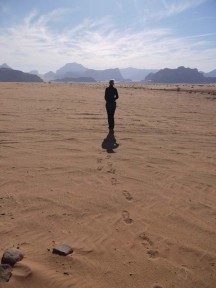 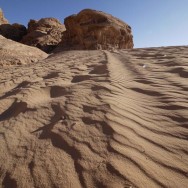 Sitting on the sands we watched the sunset in the distance as the temperature dropped and it felt like we were only people in the middle of nowhere. Luckily of course we weren’t and 10 minutes drive away brought us into a tiny Bedouin camp tucked into the shadow of a rocky overhang. As always in the desert there is firelight, music and food. 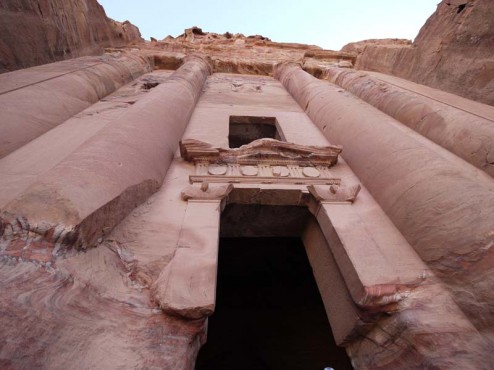 Petra was built potentially as long ago as 312BC, by the Nabatean empire who were instrumental in controlling and taxing trade along the silk road. It occupies a long valley that runs from the Dead Sea to the Gulf of Aqaba. You reach the current remains with a 45 minute walk through the start of the valley down between ever deepening rock walls until you are following a narrow passage flanked by vertigo inducing stone stretching up almost to obliterate the sky overhead. 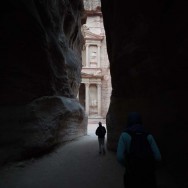 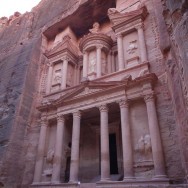 Our first visit to Petra was by night, the pathway and the iconic Treasury was lit by scores of small candles within paper lanterns to the sounds of music. Very atmospheric. Also slightly spooky. We returned at 6am the following day, just as it was getting light. We were the fi 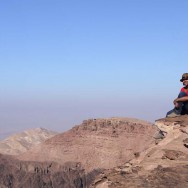 We spent almost the entire day at Petra, exploring the many temples and caves built by the Nabatean Kingdom, looking at the Egyptian, Grecian and Roman influences in the architecture, climbing up to the high places for breathtaking views across the valleys and occasionally stopping to relax beneath a tent and enjoy a cup of tea.rst visitors that day to walk between huge boulders and searing rock faces until finally the crack ahead revealed the first glimpses of the incredible Treasury columns of rose stone in the dawn light. 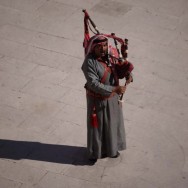 Sarah and I began our Jordan japes in the capital Amman, arriving into a quitschly comfortable hotel and an extraordinarily large double room in a rom complete with sofas and equally disappointed hard box like beds. The next day, under the educatingly charming tutor-age of our guide we set off with the group to Jerash. 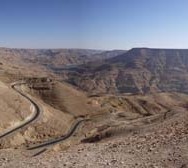 Jerash is a magnificent roman ruin that stil bears the semblance of a grand civilisation past. Apart from admiring the columns, roads, statues and amipitheatre I also learnt how to spot the dickumanus from the Kardo Maximus (and no that is not a euphemism), and where to speak in the amphitheatre to make your voice carry to the highest steps.A few hours later we had gone from roman chariot parks to salty seas and we were all swim suited up and floating amused in the densely salted water covered in rich black mud and taking entertaining photos and trying to swim defying the water’s over buoyancy! Something possessed me to taste just how salty the water was…I do not recommend it. 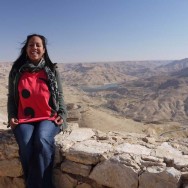 From the Dead sea we travelled to Mount Nebo with views of Jericho and the West Bank, passing over the magnificent views of the desert from the Kingsway, the route formerly known as silk. 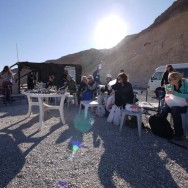 We stopped for afternoon tea at a small roadside hut that must arguably have the most majestic views in the country. Beneath us the road snaked down through desertscape beneath a bright blue sky and ahead stretched a patchwork of potted hills.