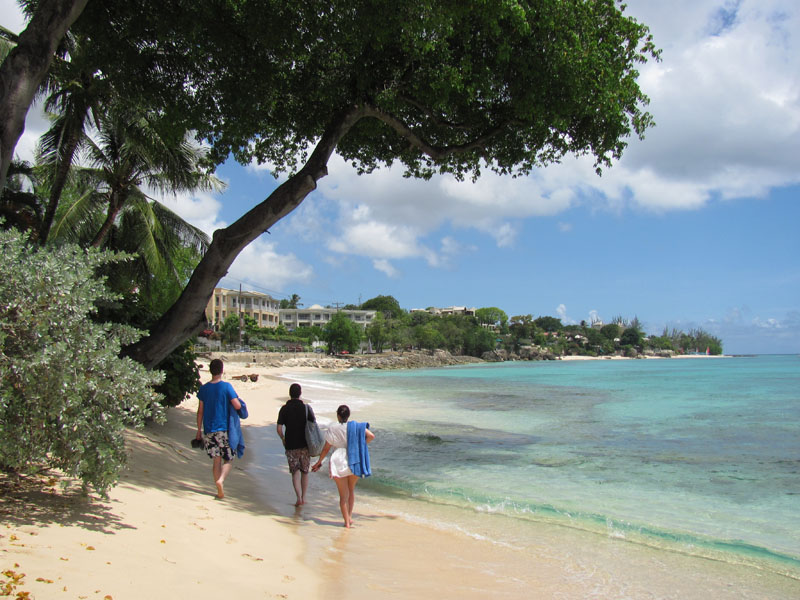 Strolling along the west coast

Despite the unlikely happenings with Icelandic volcanoes that threatened to make this trip an impossibility, ten years after first visiting the Island of Barbados I found myself flying back to the home of my favourite rum. Four if us arrived on a hot humid evening and were deposited in a fantastic villa with a couple of cases of beer and a gazebo enticingly lit next to the pool. Compared to my last home in Barbados with cold running water, broken window panes and a dead bat in the shower, this was a considerable upgrade. Needless to say our first night was not an early one.

The next days were fairly arduous, walking to the beach, reading on the beach, occasionally sliding into the crystal lear waters to cool down before flopping back on the beach! 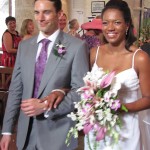 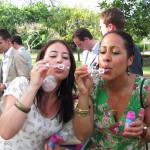 Saturday was the day of Theo and Olivia’s wedding in her hometowm, St James. The wedding itself was in a beautiful stone church among the trees where everyone fanned themselves vigourously throughout the ceremony and then afterwards sipped cold beers and cocktails on the beach at the Sandy Lane Hotel. The reception was then at the Sandy Lane country club where I absolutely did not steal monogrammed shampoo and conditioner from the bathrooms! 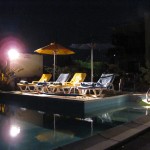 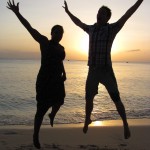 After the end of the reception the evening took a slight turn for the weird. We ended up persuading most of the wedding party to head to the Piano Bar along the west coast on the recommendation of Scott and GIles who had spent a comedy evening there the previous day. A fairly normal bar with a piano playing singer sporting a bizarre mix of air stewardesses, tourists and eccentric locals gradually descended – aided by much rum – into a lock in – odd conversations, Fiona persuading me to audition for the bar owner so he would let me sing Son of a Preacher Man with the pianist (which I duly did) and finally at 6am we ended up almost kidnapping the Spencer the pianist to head back to our villa for more drinking. Probably fortunately this plan fell flat and just the four of us stumbled back to ours in a taxi as the sun was well and truly up in the sky.

The following day we crawled out of bed feeling rather worse for the wear for the post wedding BBQ down on the beach. A huge amount of fantastic food later, home made lime juice, swimming the balmy water and a salad dressing called ‘Whoop-ass’ later I was feeling tired but far more human! I only had one day left after the weekend and we spent in lazing around our beautiful villa and had some of the guys up for a pool side BBQ in the evening. Like I said, it’s a hard life on the island!

Two months doing volunteer work on a Caribbean island working with around eighty adorable if uncontrollable children in the YMCA summer camp. And yet Steve, Fliss, Sarah and I still managed to find of plenty of white sandy beaches, flying fish, turquoise waters, calypso music, a short jaunt to St Lucia and lots of very good rum! 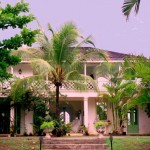 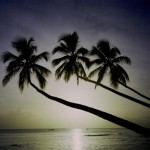