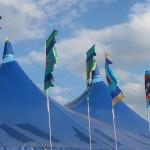 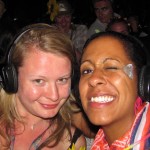 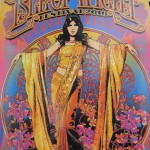 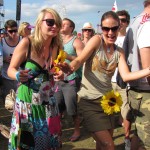 For someone who grew up on the borders of Hampshire it is a little strange that this should be my first ever trip to the Isle of Wight. Armed with wellies, a rather trendy tepee tent I had brought from Amazon (after hearing it was the tent shape of choice for all the cool kids), and a refreshing lack of creature comforts Nicky, Rachel and I began the multi-transportation journey to the IOW festival. Two trains, one ferry and a bus ride later we arrived only to discover a distressing lack of camping space still remaining once through the gates. After what felt like walking about sixteen miles further and further away from the actual festival itself we finally reached the furthermost field which mercifully still had some space. Actually it turned out to be a very nice field to camp in complete with Glaswegian men on a stag do next door who had the most excellent toffee flavoured vodka. The only slight draw back was the lumpy, mole hill ridden nature of the ground which was fine for the others touting thermarests and inflatable mattresses. Unfortunately for yours truly, experiences of the wilds of Patagonia and the unpredictable nature of inflatable sleeping implements over prolonged periods in the outdoors I’ve always held the opinion that a good roll matt is the only way to camp. Now I’m 29 and have effectively ‘gone soft’ I am rethinking that strategy. Next time I’m coming with my inflatable double mattress, Egyptian cotton sheets and a duvet. 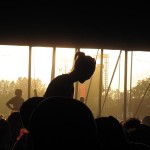 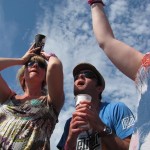 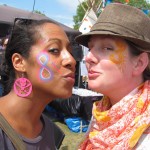 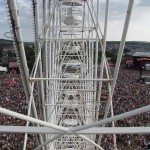 Anyway, tepee up, we trotted the actually-not-sixteen-miles into the festival fields. We were joined later by a Jarrad – fated to be the only boy for the weekend – Becca, Anne-marie and Alex. The IOW festival was relaxed, surprisingly family orientated (based on my only previous experience of a festival being V) and let down only by the discovery that I still enjoy drinking Smirnoff Ice and the foolish idea that packing ourselves into a small tent to watch N-Dubz along with hundreds of screaming teenagers would be quite amusing. We fled after less than 15 minutes and went to watch Blondie with the grown ups. Debbie Harry blows chunks over Dappy any day!

We saw Florence and the Machine who I loved despite Nicky and Rachel frequently complaining that you couldn’t make out any of the words to what she was actually singing. Jay-Z was just unbelievably cool. Crowded House and Shakespeare’s Sister were nostalgic, Blondie awesome, the Silent Disco was priceless, Pink was amazing and the whole weekend finished off singing very loudly to Hey Jude with Paul McCartney. The weather was gloriously warm and sunny…well until about 15 minutes after the end of Sunday when it started to heave it down. By this point I had been thoroughly lulled into a sense of false security so was in a t-shirt and flip flops, sans wellies and sans waterproofs. Drowned cat would be the appropriate description to insert here. But at least we got to stop off and buy Indian headdresses on the way home! 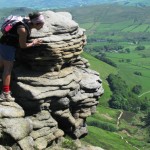 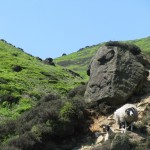 Three girls, one tent and a weekend camping in Cornwall. Well, sort of, Becca, Heather and I actually spent the first night staying at our friend Laura’s family house in Rock. However Heather and I did manage to change a tyre on Laura’s car the next morning which we were quite proud of. Then the three of us headed over to a small campsite in Crantock. We spent Saturday walking on the beach, picnicing on the rocks and walking back along the dramatic coastline from Holywell back to Crantock to have dinner and drink cider in a tiny country pub. We had breakfast over looking the surfers in Watergate Bay on Sunday before Becca headed back to Plymouth and Derriford Hospital and Heather and I started the long drive back to London. 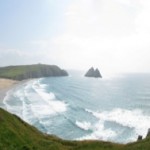 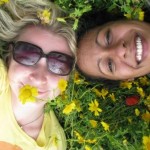 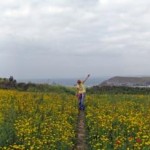 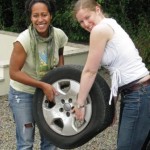